Project 25 (P25) is the standard for public safety two-way in Canada and the US, much as TETRA is in Europe and the Middle East. Nova works with the primary users of P25 who are first responders such as fire, police, ambulance, Emergency Measures Organizations (EMO), boarder security, defense and agencies who work closely with first responders in emergencies. 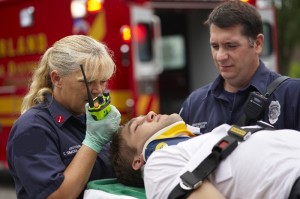 Public safety two-way radio in Canada is moving to P25 for many reasons:

P25 has attracted almost every major two-way radio manufacturer including: Motorola Solutions, Harris, Icom, Kenwood, Tait and Vertex Standard. Others such as Cisco, Aeroflex and Avtec have also tailored offerings for P25 systems.

In Canada, the market is moving to shared province-wide systems which are used by multiple agencies with extensive interoperability. An example is the fore-running TMR system in Nova Scotia which has now in its second iteration as TMR2. These networks are frequently operated by carriers such as Bell Mobility.

Nova works closely with partners such as Motorola Solutions and Bell Mobility as required to meet the needs of our public safety customers with:

Nova Communications has P25 experience and lengthy track record with public safety to understand your requirements and assist with your P25 technology.